What About Medications Versus Therapy Versus The Combination? 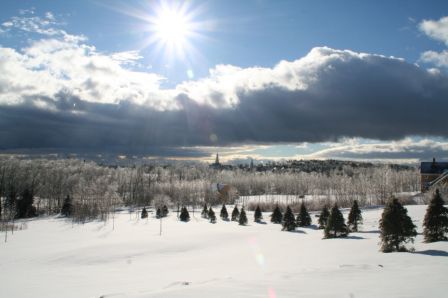 In general, depending on the specific disorder, cognitive-behavioral methods are either more effective or as effective as medications, especially when one factors in relapse rates. In some situations, it may be helpful to use a combination of medications and therapy. For some medications there is a problem of tolerance and dependence. For many anxiety disorders, treatment with medications alone creates a relapse problem in that as soon as a person stops the medication, the anxiety problem tends to return.

For anxiety disorders, if medications are going to be used, the first-line choice is generally from a group of medications referred to as selective serotonin reuptake inhibitors or SSRI's: fluoxetine (Prozac), sertraline (Zoloft), fluvoxamine (Luvox), paroxetine (Paxil), citalopram (Celexa), and escitalopram (Lexapro). Other medications frequently utilized in contemporary practice include venlafaxine (Effexor; SNRI/Selective Serotonin-Norepinephrine Reuptake Inhibitor), duloxetine (Cymbalta, also an SNRI) or a drug called clomipramine (Anafranil). All of these drugs are referred to as antidepressants but have established some level of efficacy in treating certain anxiety disorders, even if a person is not depressed. It is not uncommon for someone with an anxiety disorder to also be depressed; hence, use of these medications may also be helpful for any depression that is present.

Another class of medications that is used though less frequently than in the past is the benzodiazepines. This class includes drugs such as alprazolam (Xanax). Although there are situations where use of a benzodiazepine may be required for short-term management, they create tolerance and dependence and may simply create another problem. With panic disorder, there is evidence that use of benzodiazepines actually interferes with successful cognitive-behavioral treatment (see medication section on Panic Disorder page).

Medications versus therapy versus both for anxiety:

What if you are already on a medication?

If you are already on a medication, do not make any abrupt changes. Each individual's situation is different. Abruptly stopping some medications can cause medical problems. Usually at Health Psych Maine, we proceed through the treatment steps noted above and then as a last stage of treatment, in consultation with your prescriber and depending on your individual situation, one option might be to taper from medications in a slow gradual fashion.

Please call the Health Psych Maine office at 207-872-5800 if you would like more information or to schedule an appointment.